Rome Museums Not to Miss 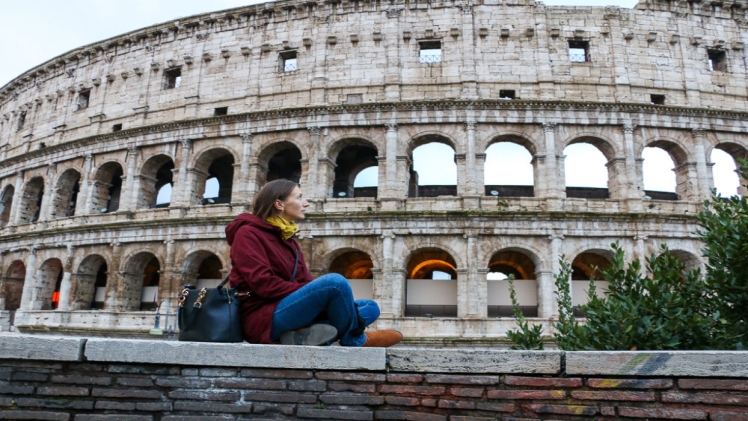 Although the city of Rome is filled to the brim with history, and the remnants of the Roman Empire are clearly brandished on every nook and cranny of the city. And yet nothing can tell you a more detailed story of its past and glory than the city’s museums. Of course, the Eternal City is bursting with remarkable places you should visit, but it won’t hurt to allocate some time to stop by a museum or two during all Rome city breaks you treat yourself to. Below, you can find a list of interesting off-the-beaten-path places you won’t regret visiting:

These are ancient baths built back in 306 AD, in honour of the Emperor Diocletian. Since the water supply through the aqueducts was cut off towards the later Roman Empire, today they serve as an exhibition of various sculptures, sarcophagi and as a marvel of architecture.

The private art collection of the Borghese family is a remarkable tourist attraction that is bound to leave you in awe of its Bernini statues and Chiaruscuro art.

What used to be a slaughterhouse, or mattatoio, now houses everything from a market to an art gallery. The museum here hosts the renowned ‘Outdoor Street Festival’ and many other art exhibitions.

Home to the famed bronze she-wolf and her feeding twins, Romulus and Remus, Capitoline is undoubtedly one of the most prominent museums in Rome. It features the ‘Dying Gaul’ statue and the Hall od Tapestries, and is said to be the world’s oldest museum.

The eerie crypt of Barberini isn’t for the faint hearted. Featuring a pelvis chandelier, finger clock and the unmistakably unique walls adorned with bones of over 3000 Capuchin monks. The tourist attraction is so spooky that female tourists used to banned from entire within its premises. The crypts, intended to remind humanity of its mortality, are akin to nothing else and are surely a one-of-a-kind experience for visitors. Whether or not it instils in you a sense of the short-lived nature of human life is up to you, but it is sure to give you an adrenaline rush.

It is a melting pot of modern industry coupled with ancient history. The Montemartini is an awe-inspiring sight, featuring engines, turbines and godly figures that mere words can’t do justice to. Many a museum catalogue the historical elements of their subject, but this marvellous destination takes you along on the journey of the ancient city of Rome through the sands of time and into the modern world, and for that reason, surely deserves a spot on your bucket list of places to visit in Rome.

Probably one of the best open-air museums, the Ostia Antica features some of the best-preserved historical ruins in the world. It lives up to both its name and fame, showcasing the antique history in its truest form.

While it is nearly impossible to list down everything to do and see in Rome in a single attempt, hopefully this concise checklist gives you a fair idea of the more prominent museums to visit in the marvellous city. But bear in mind, no matter how hard you try, to truly take in the grandeur of the living art that is Rome, non basta una vita, one lifetime isn’t enough!!

Watch all the movie from yesmovies

Is it a Good Idea to Rent Baby Furniture in India?